This project was a participative workshop which formed part of the Segovia Hay Festival in 2012. It was proposed as a complementary activity and conclusion to the Timber Seminar which deals with wood as a construction material. This seminar was a result of a collaboration agreement between Ie University and the American Hardwood Export Council.

Its main objective is to show the properties of wood as a material that joins tradition and avant-garde in the  eld of architecture. This aim is achieved through education, in this case at university level, with students of architecture in their last year. For the present workshop, we propose two simultaneous activities in two singular points of the
city of Segovia; the Aqueduct and the Casa de los Picos Palace, the headquarter of he Design School of the city and one of the o cial venues of the Festival.

Both workshops used Lupo System´s own didactic technique and geometric forms. Lupo is a didactic tool patented by the architect Fermin Blanco, who is as the same time professor of Construction at Ie University and the coordinator of the Timber Seminar.

Other than creating a sculptural piece, in this case we propose a participative project where the process is as important as the  nal result. In fact, it is conceived of as an ephemeral architectural system, with an in nite number of uses. Dismantling the structure is also part of the workshop, after this it can be reutilized in any location and with any other form and objectives. The process of manufacturing, transportation, assembly and dismantling are explained graphically in this document.

The material proposed for all this activity, which can be seen as an art performance, will be wood, more speci cally, tulipwood whose properties of lightness, resistance and nish will be the protagonist of each step of the project. 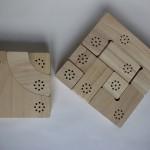 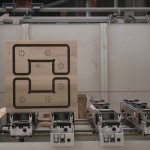 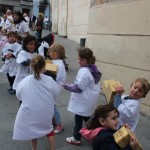 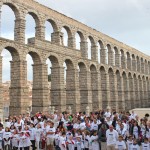 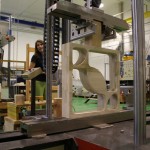 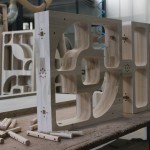 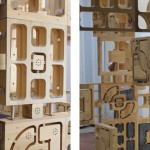 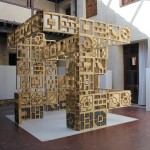 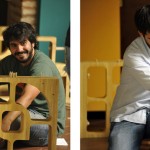 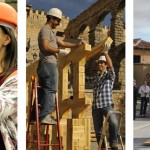 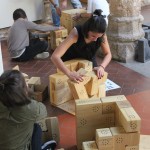 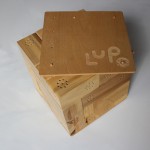 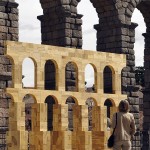 Video
Sequence of the construction of the aqueduct of Segovia replica.