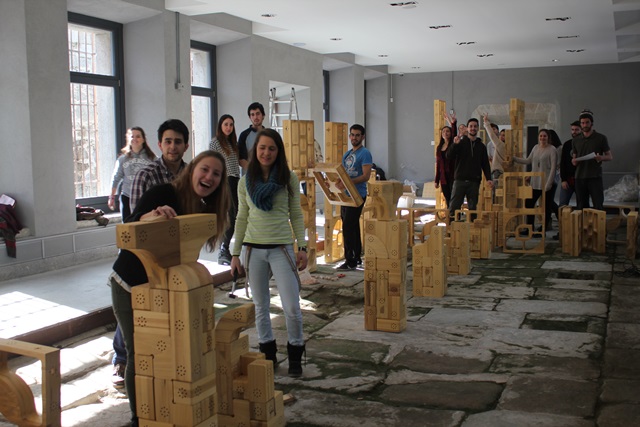 The Casa de la Moneda hosted in February 2014, a wood construction of the Yin Yang project, assembled by IE University students under the orders of professors Ruth Vega and Fermín Blanco.

Yin Yang Project is a learning project based on the use of wood as a building material that takes its name from the double complimentary vision that all nature elements have, according to Taoist philosophy. “All positive has a negative that, at the same time, is its complement”; following this rule the project is divided in two complimentary structures, developed with the educational Lupo System. The results are two actions: a “positive” one with a replica of Segovia’s Roman aqueduct and other “negative” called the Maze. Both structures are brought together in the old stamping room in the Casa de la Moneda, in an exhibit that tries to made the spectator come in to the maze and help build the aqueduct that can be seen along the room.

This is the second work of the Yin Yang Project, thanks to Segovia’s Council, American Hardwood Export Council and IE University collaboration. The design and building of this edition have been done by twenty IE University’s Architecture students, with the mentoring of professors Ruth Vega and Fermín Blanco, being this last the mind behind the Lupo system with which the project has been done. 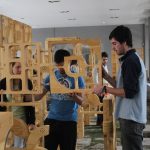 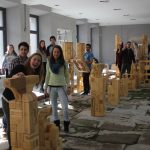 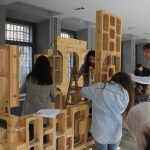