A swing of large dimensions whose seat-hammock hangs from two wooden structures of two hundred kilos each. This is the original assembly designed by students of Architecture of IE University that could be seen in September 2016 in the Mint of Segovia with the title “Swing Yang Project”, a didactic and experimental project based on the use of wood as Construction material.

Future architects have built this structure in the Segovian Ceca thanks to a variant of the so-called Lupo System, an invention of IE University architect and professor Fermín Blanco, which consists of the combined use of basic pieces with proportional shapes and dimensions Create any architectural form and that connects with the modular and industrialized architecture.

To build the two bases of the Swing Yang Project swing, the students have had some unique pieces: eighty square wooden panels, fifty-five centimeters in side. The union of these pieces is not simple since they have to be assembled taking into account some rules preset according to the type of effort required structurally and with the disadvantage of not being able to use fasteners. “They are techniques similar to those used in traditional Japanese architecture,” explains Professor Blanco, who emphasizes that “the structure is formed by two bodies of two hundred kilograms approximately each, one body being the reverse of the other which allows interpreting the difference In the efforts of the integral elements; A set of gradients complements the installation. ” 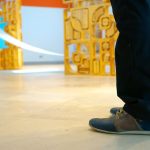 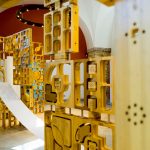 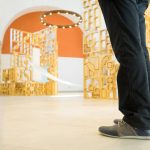 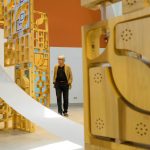 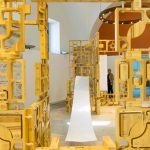 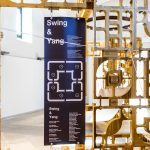 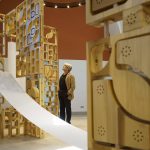 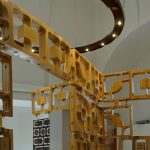 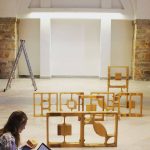 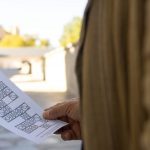 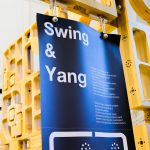 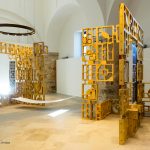 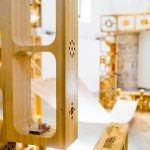 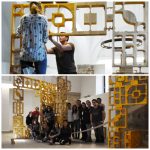 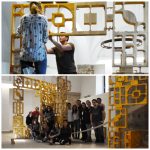 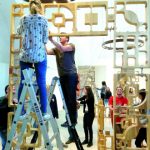