Tribute to a bird

We had years ago, a house of weekend in Ranelagh, in the province of Buenos Aires, thirty kilometers from the federal capital of Argentina, in which we sometimes camped for weeks. We always went, summer and winter. We were crossing a golf course that was there to get to the house. One windy and very rainy Saturday morning, we found at the entrance, on arrival, a dying bird, a “ovenbird”. We gathered and warmed it with our hands while we were igniting the fire of the chimney and, when the fire went on, we put the bird to its heat. In a short time he began to recover. He looked at us curious with his round and wide eyes open. When we found him, they were almost closed, blinking very slowly. We were happy to bring him back to life, and when we thought we should release him, we went over to pick him up again and take him to the garden. But the bird, afraid of us, instinctively flew to the fire, and in flight, the flames burned him in a few seconds. We heard the noise of the feathers that burned right away and we could barely look at them turned into a flame, so sharp was his death. We camped there very sadly during Saturday and Sunday, remembering the bird. We feel guilty for his death, even if we did not have why. We had his live saved and we wanted to free him. It was because of an instinct that he fled from us facing the fire.

We sold the house. Before we sold it when we arrived at it, we remembered the poor “ovenbird”. Those who now live in it do not know that the ghost of a bird lives there. We take him with us, like many other ghosts of the dead who were like us, our brothers, and who cannot yet be spoken of. This dozen engravings are a tribute to the “ovenbird” killed in the fire. They are like a small monument to his memory. It’s about a dozen invented birds that can also die at any time. Nobody, as far as I know, came up with bird monuments. Maybe some poem. I, however, would make quartz and slate monuments to the seagulls and blackbirds, in Galicia. And, in Buenos Aires, the “ovenbird”, who looks so much like emigrants. Also, you know, I would make monuments, in one country and in the other, to our forbidden ghosts. 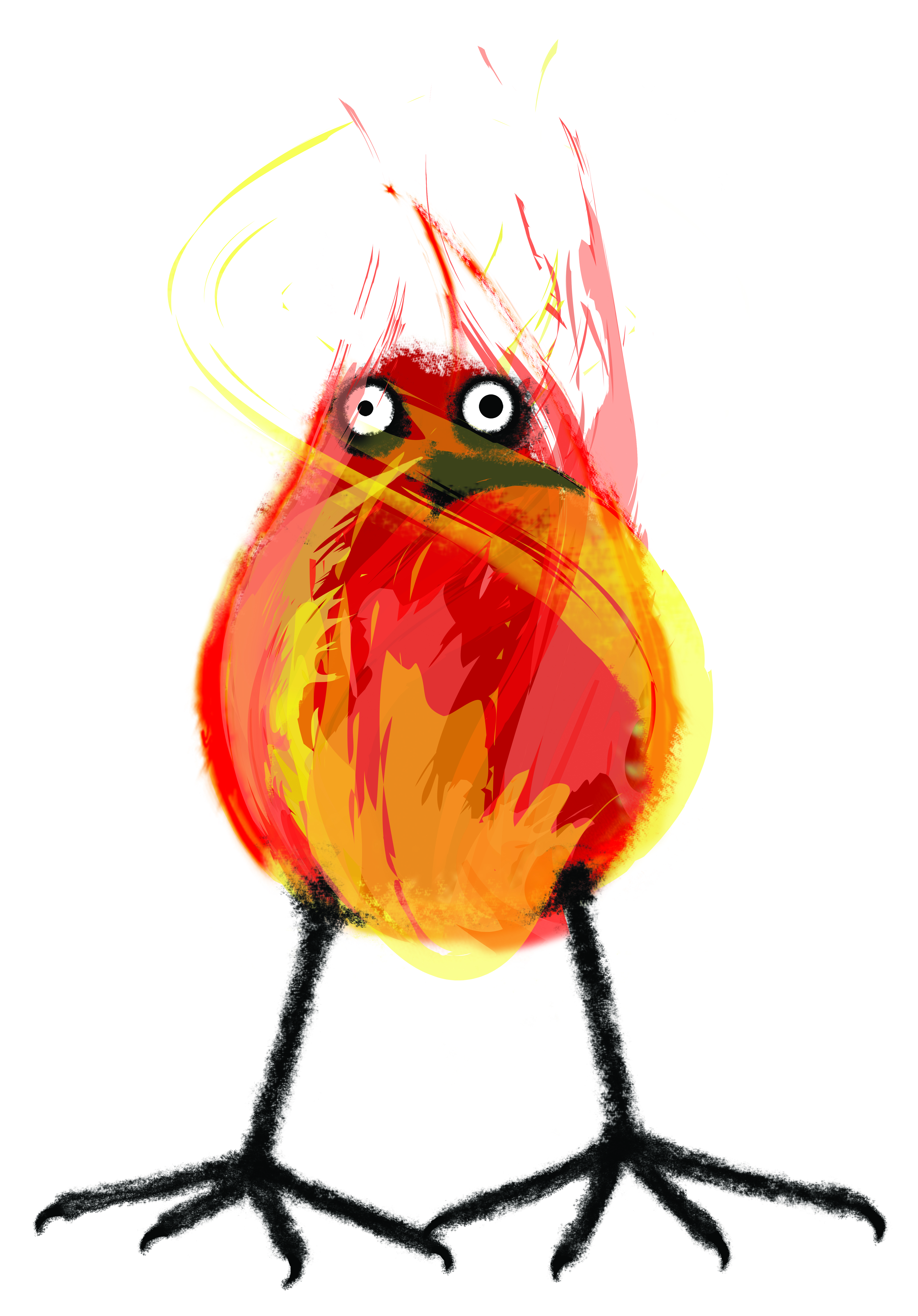 The Ranelagh project is an invitation to all students and teachers, who during the course 2012-2013, took part in the Architecture Club of the Luis Seoane Foundation, and it consisted of passing several joint days through a participatory workshop. It was developed with recycled material from old exhibitions of the museum, which it was used as the basis for this practical workshop, in which a modular construction was carried out that served as support for different exhibitions. Regardless of the final aspect of the construction, the process, based on intergenerational collaboration, was the real protagonist of these meetings.

The assembly workshop of a small life-size “architecture” took place in the courtyard of the Luis Seoane Foundation.

The construction is based on the story of a small house that Luis Seoane bought in the sixties near Buenos Aires and that he paid through a series of paintings. Through Ranelagh, great protagonists of Galician history and culture passed and soon became a pole of attraction for the cultural vanguard in exile.

The Ranelagh project sought and succeeded in regaining that spirit of friendship and camaraderie and participation through a social and cultural event. 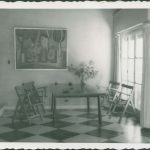 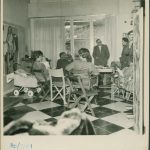 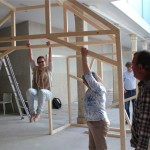 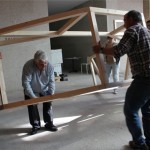 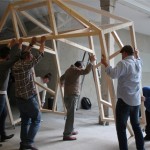 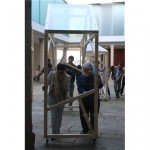 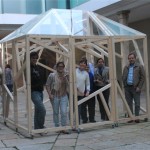 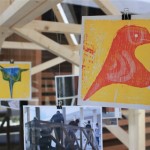 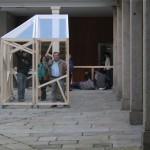 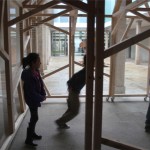 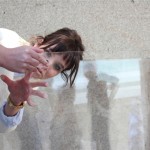 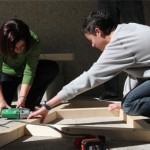 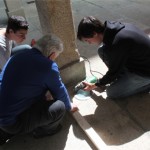 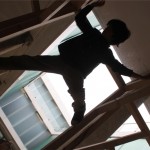 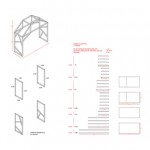 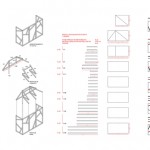 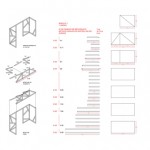