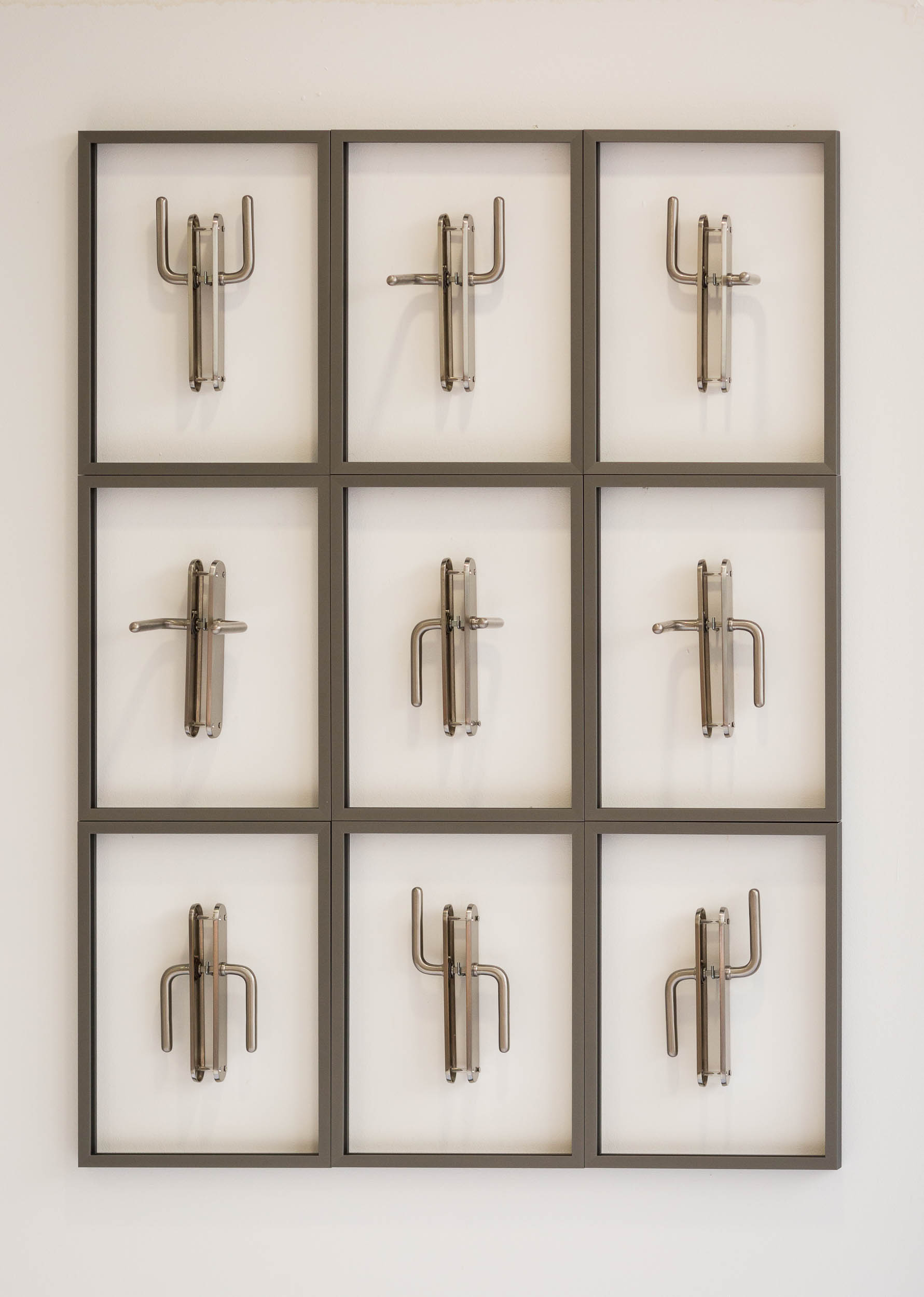 “The accident is part of the performance.” “When the concept is naked and everyone can see it, the idea has to be good.” “When everything is controlled by the institution there is no longer freedom.” “I do not do art for the other, I make art for myself”. “Art is the only space of freedom” … These phrases by Esther Ferrer, compiled during years of conversations, present us with a radical, independent, anti-exhibition artist, free and with her own ideas. All this has made her since the beginning of her work as an artist, which is the same as saying since she started doing anything, in someone uncomfortable and admirable, in an example for everyone and at the same time in someone difficult to adjust to the roles assigned to an artist by the current artistic system.

Every first Sunday of every month at 18:30, from September to June, the CGAC organizes a filocafé in its canteen. These are public conversations with a philosophical approach in which all people interested in exchanging concerns or points of view from any discipline or level of knowledge can participate.

Once a month, a work of art would come out of the museum’s warehouses to accompany the debate and dialogue as a fellow member while enjoying a coffee. The piece chosen would serve as a starting point for the conversation. But we would not talk about art, or not only about art, but about any topic that suggests the work on a conceptual, formal or anecdotal level. They talked about science, gastronomy, politics, music, philosophy, cinema, aesthetics, current affairs …, mundane or elevated matters, so that all the people would express their opinions and contribute their reflections on the different topics.

The invitation to participate in the Filocafé cycle of the Galician Center of Contemporary Art CGAC in Compostela was a real gift, Viqui Villar coordinator of the cycle and the curator of each season propose to each guest to select one of the works of the own funds of the CGAC to debate Around the philosophical mimas, the meetings are informal and take place in the museum cafeteria on Sundays in vermouth session.

The entire process since we received the invitation until the session is justified and developed has been an experience. In this post you can see some information and some pictures of Manu Suarez that collect nice moments with the participants.

The selected work is Permutations, a work by Esther Ferrer composed of frames and handles, the curiosity lies in that all the variants in which the “arms” of the handle can be placed are shown. IS a mathematical law expressed visually, the number of variants would be 9 factorial (9 * 8 * 7 * 6 * 5 * 4 * 3 * 2 * 1). The origin of the work uncovers a very curious anecdote, Esther tells that watching a documentary about Genet, he commented an anecdote about his first boyfriend, a tightropener who fell off the wire and died, all his later boyfriends resembled the first untie for its beauty. The interviewer asks Genet why he always looks for a boyfriend who looks like the first and who no one will ever match in beauty, to which Genet responds: sometimes the copy is better than the original. This anecdote helps Esther to start thinking about works to copy thus emerges permutations.

The work only exists as a protocol since the buyer of the work must “reconstruct” or “copy” Esther’s original with the same number of frames and handles in the same position. Once the work is finished Esther is sent a photo and if the artist accepts it, she will then proceed to write the certificate of authenticity.

In the case of the CGAC, the work was bought by Manuel Olveira who was responsible for deciding the handle model in 2009, only the right to copy was bought, not the right to exchange. 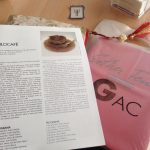 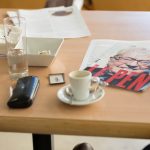 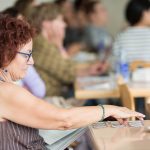 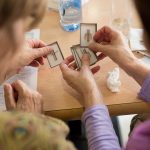 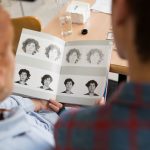 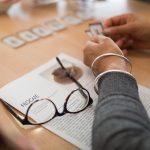 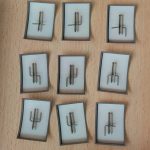 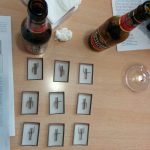 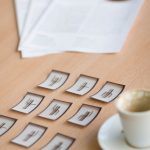 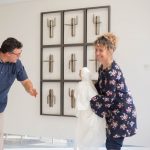 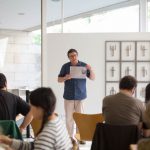 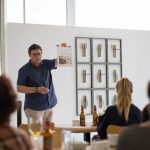 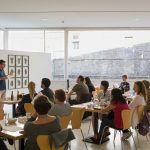 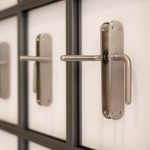 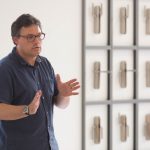 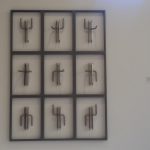 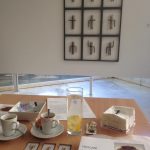 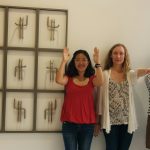 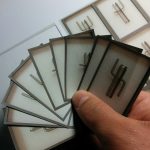 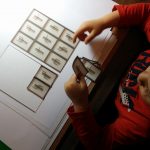 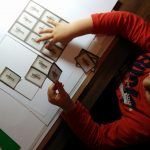 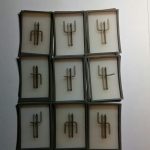